Get ready for BLACK CITY! 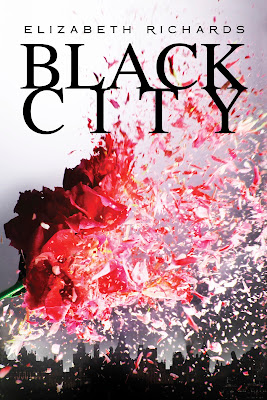 A dark and tender post-apocalyptic love story set in the aftermath of a bloody war.
In a city where humans and Darklings are now separated by a high wall and tensions between the two races still simmer after a terrible war, sixteen-year-olds Ash Fisher, a half-blood Darkling, and Natalie Buchanan, a human and the daughter of the Emissary, meet and do the unthinkable—they fall in love. Bonded by a mysterious connection that causes Ash’s long-dormant heart to beat, Ash and Natalie first deny and then struggle to fight their forbidden feelings for each other, knowing if they’re caught, they’ll be executed—but their feelings are too strong.When Ash and Natalie then find themselves at the center of a deadly conspiracy that threatens to pull the humans and Darklings back into war, they must make hard choices that could result in both their deaths. (via Goodreads)


You've probably heard me going on and on and ON about how much I love this book. I love all of the Breathless Reads, but BLACK CITY is my personal favorite, and I don't even think that blurb up there does it justice. It's just so dark and mysterious and sexy and creepy and action-packed and downright disturbing in a good way. It's like Underworld meets True Blood meets a Nine Inch Nails concert meets that party your mom forbade you to attend meets that guy your best friend warned you about. If Elizabeth Richards did not live on the other side of the Atlantic, I would have to find her house and break in and steal the sequel.

5 minutes of Q&A with Elizabeth Richards:

FP: Hardest part?
ER: The hardest part of writing Black City was the last few chapters of the book. Those who have read it will understand why *sniff*.

FP: Black City will appeal to people who like ________.
ER: People who like Divergent will probably like Black City. They're both dystopian novels with a steamy romance at their core.

FP: Just for fun, because I am (finally) reading His Dark Materials, what would be your daemon or spirit animal?
ER: It's gotta be a Long-Eared Jerboa. [FP: A wha? Is that Brit-speak for rabbit? How have I never even heard of that?] They're so unbelievably cute, I'd just spend all day going 'awwwwwww'. Plus they'd be great for spying on people, since they're so tiny they can get into any room and have these massive ears to eavesdrop on conversations.