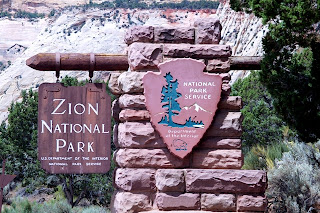 1. Zion is home to 70 species of mammal (including chipmunk!), 208 birds, 29 reptiles, 6 amphibians, and 9 fish. Despite being popular and often crowded, it still manages to remain a nature-lover's paradise. 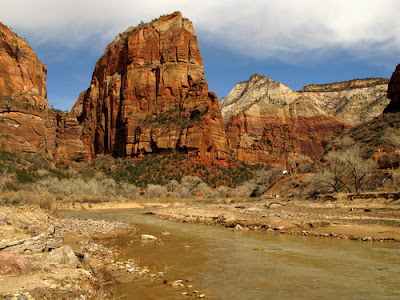 2. Angels Landing (the tippy top of that rock) rises 150 stories above the canyon floor. The final ascent can only be completed by traversing an area of sheer dropoffs with the help of bolted safety chains. The National Park Service has recognized a handful of hiking fatalities--including one man from St. Louis--as well as rock climbing deaths from climbers falling while ascending the face. The Virgin River runs in the foreground. 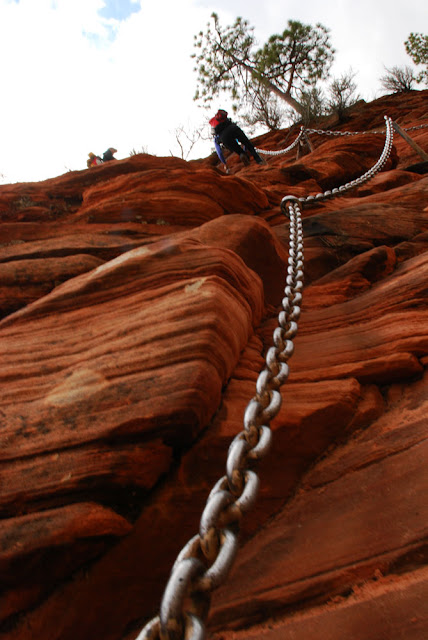 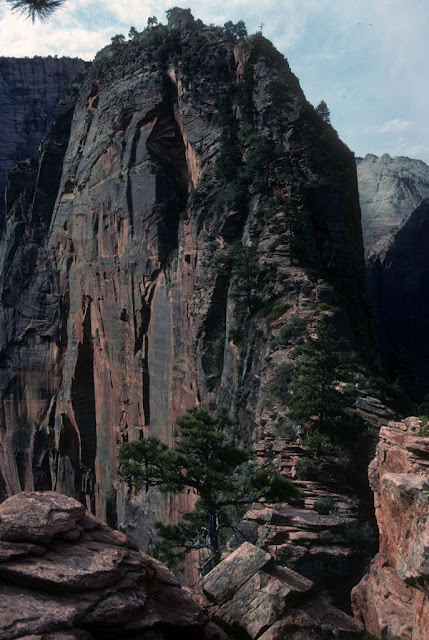 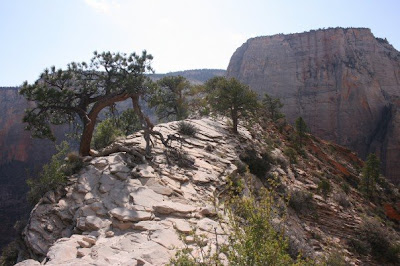 3. The view from the top is the most beautiful thing I've seen throughout my domestic traveling--no photographs will do it justice. Ready to plan your own ascent? If you're not a sure-footed billy goat type, maybe you'd rather just do this e-hike to the top instead. 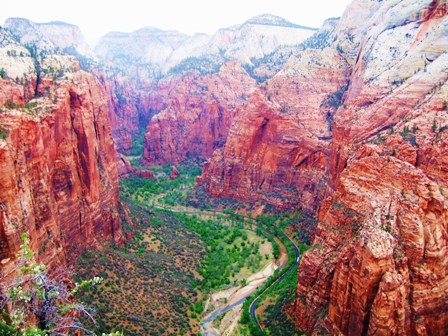 4. Zion is also home to 'the narrows', a slot canyon trail carved by the Virgin River that is popular with hikers and backpackers but extremely dangerous during flash flood season. 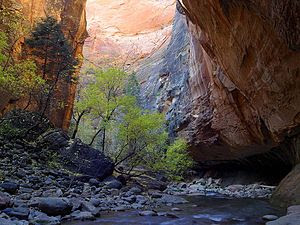 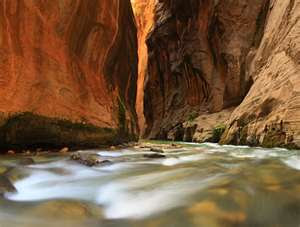 5. If you make a trip to Zion--and you will because it is so pretty, even prettier than these pictures--it is CRIMINAL to not make a stop at smaller but still breathtaking Bryce Canyon National Park. 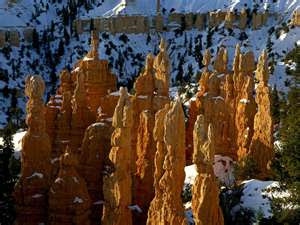 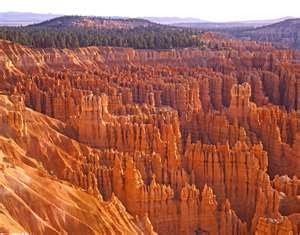 Thanks again for playing Where in the World is VENOM??? Stay tuned for Part II.

Email ThisBlogThis!Share to TwitterShare to FacebookShare to Pinterest
Labels: cool other stuff, five things you might not know, winners, WITWIV